The education side of my work takes me from schools to prisons to youth clubs to community centres to t.v. studios.  I have over 18 years experience working with young people and adults on creative projects, and have a PTLLS qualification for teaching adults.

I've worked on education projects/films for the BBC, Bristol City Council, Bath University, University of the West of England, Watershed Arts Centre, Knowle West Media Centre, Kingswood Foundation, Young Bristol and many schools including Harrow School.  Also I was the video and multimedia degree course leader for one year at BIMM, Bristol (BIMM is a international music college.)

Some of the larger projects that i've worked on in the past are listed below.

I've been working for the Watershed as a mentor on their BFI documentary course for young people.  My group made a doc about wether it's really useful to learn algebra and challenging the school curriculum.

I worked with a group of young people from St Pauls, Bristol on this film based on Olympic values.  We worked with BAFTA actors on a three day shoot, and the final film was very well received including screenings at Electric December and Four River Film Festival in Croatia.  Click on picture to watch.

A huge project where I trained and worked with a group of young people to document Teenage Rampage.  Taking place across the south west we produced around 20 films capturing the music and energy of this inspirational competition.  Click on picture to view.

CHANNEL ZERO MEDIA CLUB - I ran a weekly media youth club for three years in Inner City Bristol.   We managed to secure Mediabox funding to make a computer game, collaborating with the elders of St Pauls. The game was nominated for most innovative project of the year in the First Light Awards.  The awards ceremony in Leicester Square, London was a real highlight for the young participants.

I've worked on many film and creative projects for Bristol City Council, for their learning communities teams, and for their youth and play services.  I've worked in HMP Bristol with prisoners, across a wide range of schools, youth centres, and community projects both documenting and teaching.  Over the years i've created and run a number of successful learning programmes.

I've worked on 12 separate film making projects for the network.  Most working with children who are taken out of school a day each week.  I engage them in film projects where we come up with a story and then get them to make a film.  We've had great success in getting them creative, inspired and proud of their achievements. 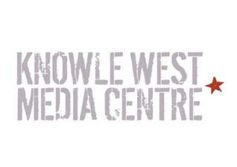 I've worked on many film projects with KWMC, including a major project in St Mary Redcliffe School, working with sixth formers to produce ten films for their online learning network.  I've also documented a number of events including their XLR hip-hop festival.

Working with young people from Knowle West we made a film about sexual health services in Bristol.  The film attracted a lot of media attention, including BBC Points West.  The young people were great on live t.v. - can't say the same for me!  Click on logo to watch film.